Arguably, one of the worst things anyone can hear from their dentist is that they need a root canal. And there are several reasons why that is the case, the first of which is costs. According to an article published by Forbes, a leading media and publishing company that provides consumers with up-to-date business news and financial information, without insurance, root canal therapy for the front teeth is between $620 and $1,100.

The cost of this dental procedure can be much higher for other teeth. The same article revealed that root canal therapy for bicuspids, which are the teeth located between the molars and canine teeth, can set patients back $705 to $1,250. For molars, the cost is between $870 and $1,472. In addition to being a bit on the pricy side, recovering from a root canal can is far from pleasant.

How Common Are Root Canals in the U.S.?

If there is a silver lining in discovering you need a root canal, it has to be knowing you are not alone. Root canals are among the most commonly performed dental treatments in the U.S. According to the American Association of Endodontists (AAE), an estimated 15 million people in the U.S. undergo root canal therapy each year, the vast majority of which are successful. For those unaware, the success rate of root canal procedures performed in the U.S. is over 97%, according to multiple studies.

What Does Getting a Root Canal Entail?

Having detailed the cost of a root canal and factors that increase an individual’s chances of needing one, let’s switch gears and discuss what these treatments entail. The chief objective of root canal therapy is to save a damaged tooth, say nearly all general dentists and endodontists. While both practitioners are more than capable of performing root canals, endodontists tend to perform the more complicated ones.

After a dentist or endodontist injects a patient with a local anesthetic, the next step in the root canal process involves removing the pulp from the damaged tooth. From there, they will clean and disinfect the inside of the tooth and then fill it with a biocompatible material, typically a rubber-like material called gutta-percha. Since a tooth is considerably weaker following a root canal, most dentists will encourage individuals to get a dental crown, which goes over the tooth and makes it stronger.

How Painful Is a Root Canal Procedure?

As far as pain is concerned, the local anesthetic that dentists inject into a patient’s gums ahead of a root canal does a great job of keeping pain at bay. Most people who have undergone a root canal procedure say they only felt slight “pressure” as their dentist worked on the affected tooth. However, recovering at home was another matter. In a survey published by the American Dental Association, many respondents said the pain associated with undergoing a root canal was severe enough that they had to take prescription or over-the-counter pain relievers. And they had to continue doing so for at least 24 to 48 hours following their procedure.

Multiple things could spell the need for a root canal, say nearly all of the top-rated root canal therapy dentists in Phoenix AZ, the most notable of which include the following:

In summary, multiple things can put individuals at risk of needing a root canal. But staying on top of one’s oral health, which means brushing twice each day, flossing regularly, and scheduling regular dental exams with a licensed dentist, can go a long way toward helping to keep those risks as low as possible. 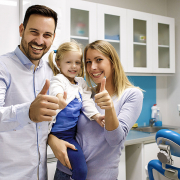 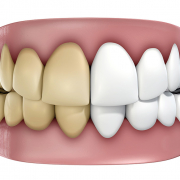 How to Conquer the 9 Main Reasons for Tooth Discoloration 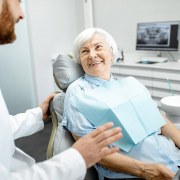